Hotels in Singapore are rolling out their 2015 Chinese New Year deals and packages. We’ve gathered the best offers to simplify your search for a CNY and maybe even a Valentine’s staycation!

You’re in luck because hotels are rolling out fantastic Chinese New Year deals around this time of the year. And because Valentine’s Day happens to fall within the same period, the hotel deals are as timely as they get. Whether you’re planning for a Valentine’s staycation, hiding from your relatives, or just want to celebrate the occasions a little differently this year, the range of Chinese New Year hotel promotions will leave you spoilt for choice. Most of these deals run for a few weeks from January to February, and some till March, so you can also take advantage of them outside of Valentine’s Day and the Chinese New Year long weekend.

To help you out, we’ve gathered the best staycation deals in town.

Dates to note: Chinese New Year falls on February 19 and 20 (Thursday and Friday).

The Fullerton Hotel is one of the most luxurious and iconic hotels in Singapore, and their Lunar New Year Package is a definite excuse to experience being a guest there. For stays from January 24 to February 8, special Lunar New Year privileges apply for guests, such as complimentary American buffet breakfast for two, complimentary wifi and a dining credit of SGD 38 per stay. On top of that, guests are entitled to free heritage tours on certain days and timings - a great opportunity to re-discover Singapore! 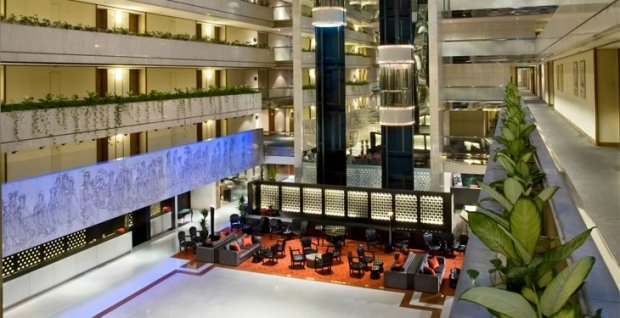 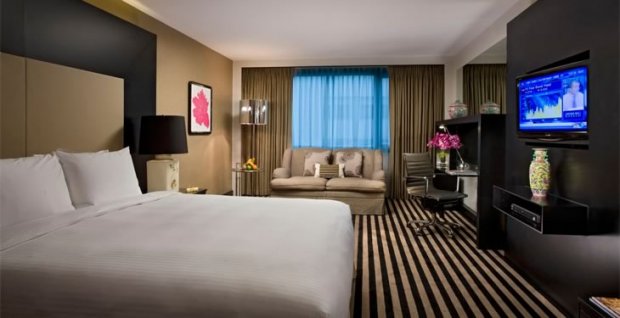 How about a staycation in the heart of town this Valentine’s or Chinese New Year? With room rates starting from only SGD 168++, Concorde Hotel’s Chinese New Year promotion comes with a city tour, free breakfast and wifi as well as late check-out. On top of that, there will also be discounts on certain dining outlets and attractions. Located along Orchard Road, Concorde Hotel is a fantastic choice especially for those looking to do some shopping.

Marina Mandarin Singapore CNY Spring Deal Stay Package offers further discounts off the best rates. To top it off, they are also offering complimentary wifi and daily international buffet breakfast in AquaMarine restaurant for two. A walking distance to the Esplanade, Marina Bay Sands, and Gardens by the Bay, Marina Mandarin will give you all the convenience you need for an exciting staycation. 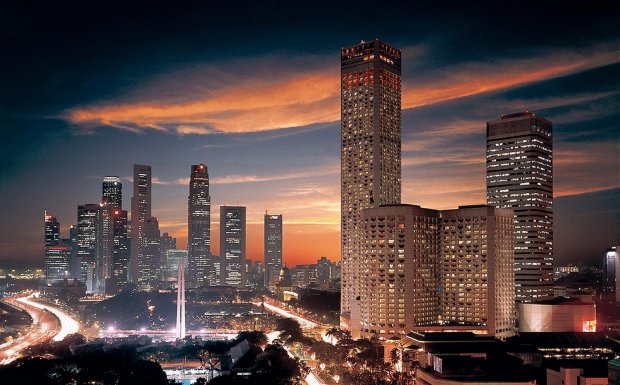 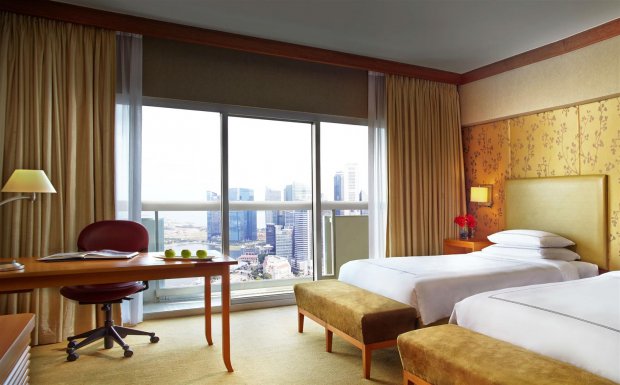 From February 14 to 28, enjoy 18% off the best available room rate in the five-star deluxe hotel, Swissotel. Swissotel’s Chinese New Year offer gets you into the CNY mood with Lucky Red Envelope and surprise gift right from the start, and guests can also enter a lucky draw with the grand prize of a mystery holiday. Hmm, we really wonder where the lucky winner will be flying off to. 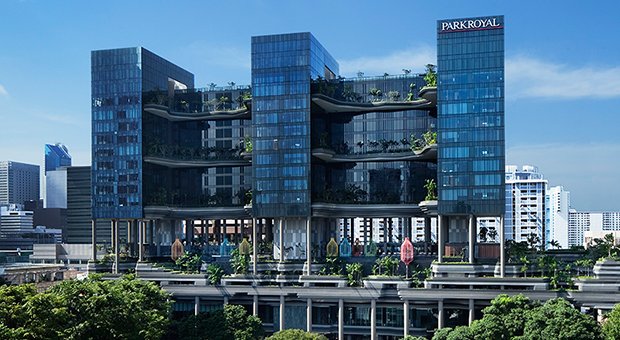 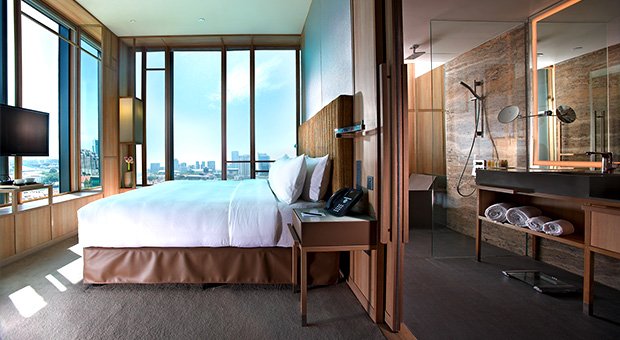 Is there a better place to stay this Chinese New Year than close to the heart of Chinatown itself? Take advantage of Parkroyal’s Lunar New Year Escape staycation offer to be of walking distance to all the pineapple tarts and bak kwa you can ever imagine. The offer starts from SGD 300 (for a deluxe room package), inclusive of buffet breakfast for two at Lime restaurant. Guests will also receive a limited edition “Prosperity Welcome Pack” filled with Chinese New Year goodies. 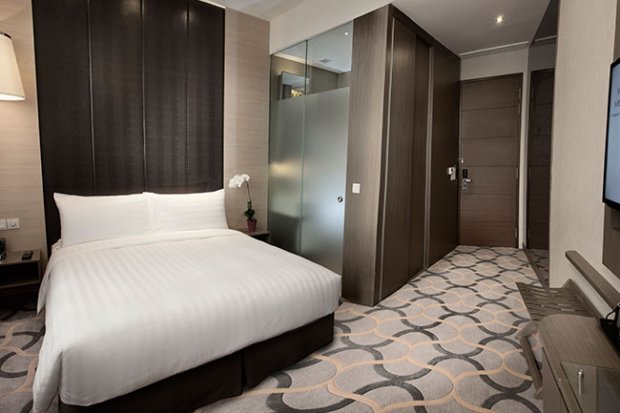 Also close to Chinatown district is the stylish Dorsett Singapore, which is offering their very own Prosperity Deal. From January 15 to February 28, enjoy 18% off the best available room rate. A short walk from Outram Park MRT, Dorsett Singapore is easily accessible by public transport, conveniently connecting guests to the city’s main attractions and shopping district.

How about a hotel by the river? Riverview Hotel’s Special Festive Deal is simple and attractive - only the best available room rates will be offered. Stays come with complimentary breakfast, internet, and access to swimming pool and gym. 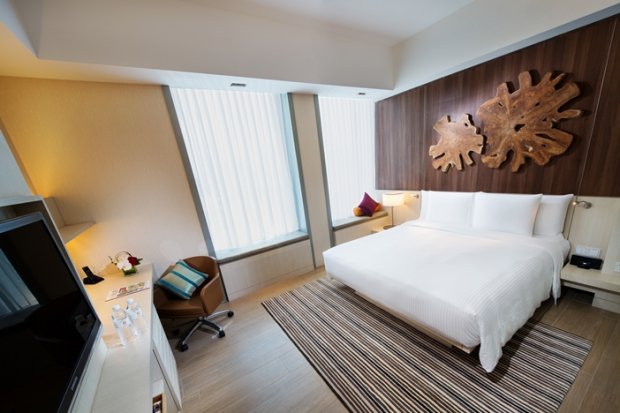 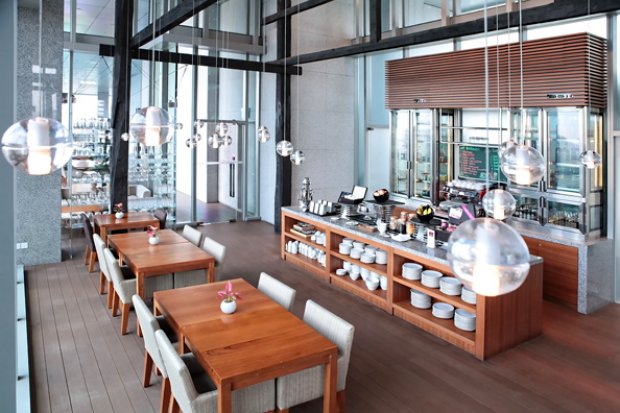 Make your bookings now and gear up for a staycation getaway this coming festive season.