11 Hotels in Manila with Amazing Locations

Without a question, these hotels in Manila prove that you can relax in style and still explore the Philippine capital with ease! 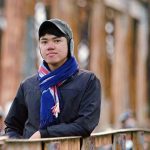 What makes a great holiday? In a heartbeat, I’d say only two things — comfort and accessibility. Sad to say, most hotels in Manila tend to forget these fundamentals. Yet a handful of other ones still live up to our expectations by not only providing top-of-the-line amenities and a relaxing ambience, but having an amazing location too!

Also read: Where to Stay in Manila: 13 Hotels for Different Types of Travellers

Exploring the hallways and rooms of Savoy Hotel Manila is like visiting an art gallery somewhere in Europe. Fresh tones and decorations give the hotel an ambience ideal for relaxation. At the same time, its many function rooms and common lounges will encourage you to be productive with their modern business features. The property is located directly in front of the busiest terminal of the Ninoy Aquino International Airport, making it the perfect place to spend your Manila stopovers. You can easily walk to and from the airport using the link bridge connecting the latter to Newport City, or marvel at planes from one of the rooms! 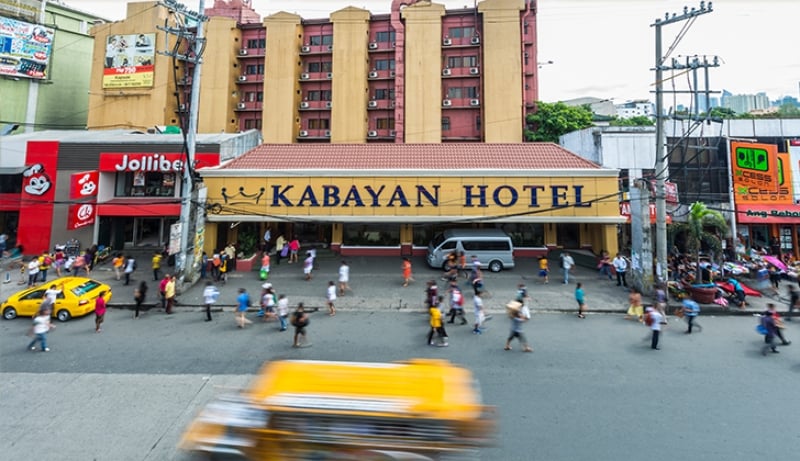 By its name, which translates to ‘fellow countryman’, one would easily feel at home in this truly Filipino hotel in Pasay City. From a cafe serving all-Pinoy dishes and delicacies to its own centre dedicated to helping Overseas Filipino Workers, Kabayan Hotel is a game-changer in the local hospitality industry. What’s more, it’s only 20 minutes away from the NAIA terminals, which you can reach by riding the airport bus from a nearby station, taking a cab or simply taking the hotel’s airport transfer service! Holiday Inn & Suites Makati is every family’s go-to hotel in Makati City. The hotel takes pride in its smoke-free rooms and suites, as well as its Kids Stay and Eat Free policy. But best of all, travellers love it for its proximity to the city’s major shopping malls such as Greenbelt, SM Makati and Glorietta. The latter is, in fact, connected to the hotel giving you direct access to your shopping needs. So to speak, it’s a staycation and shopping experience in one! 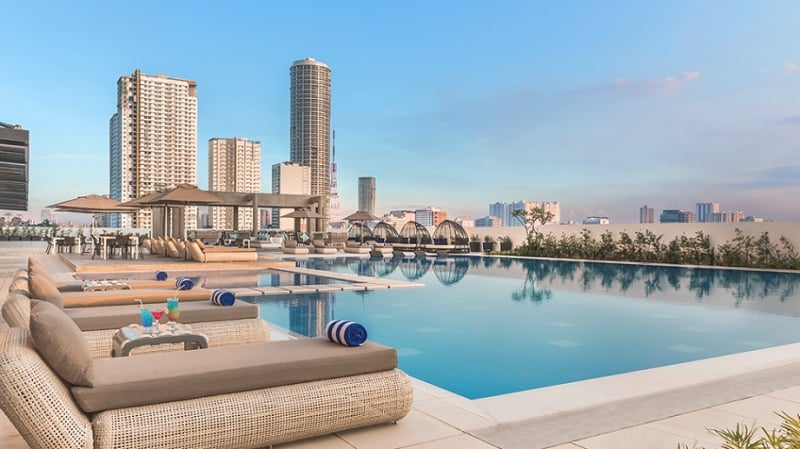 Filipino artistry and modern convenience are two key things Seda Vertis North stands by. With amenities and staff services that fit international standards, the hotel doesn’t disappoint in providing a cosy abode worth looking forward to after touring Metro Manila’s largest city. With Ayala Malls Vertis North, SM North and TriNoma just a few metres away, going on a shopping spree from the hotel will be easy as pie. That leaves you with plenty more time to chill down in the comforts of your room or have a late night drink at the rooftop bar Straight Up.

Travellers remember I’M Hotel for its quality personalised services, a mind-blowing acrylic-bottomed pool and the fact that it has the largest onsen spa in the Philippines, I’M Onsen Spa. Aside from being conveniently located between two prime avenues in Metro Manila, the hotel is also a walking distance from popular destinations for recreation. These include Century City Mall, Makati’s cultural and entertainment centre, Poblacion, as well as Urdaneta Park and Ayala Triangle Gardens. 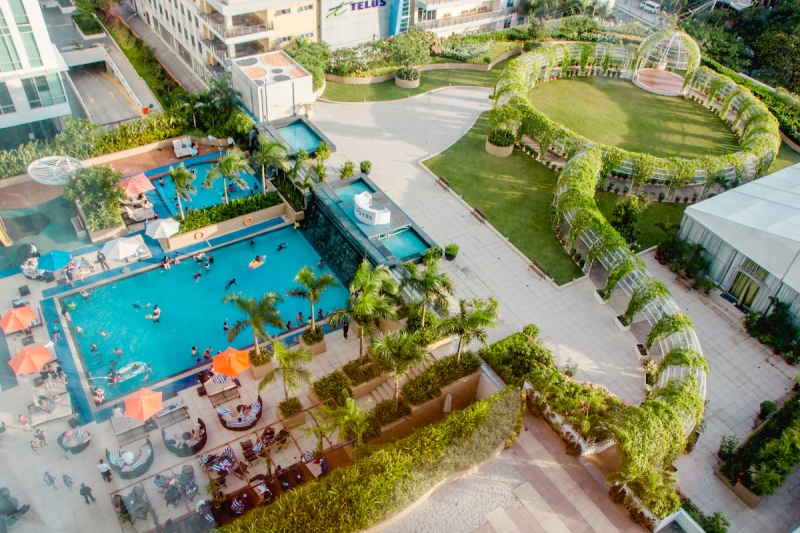 Aside from being the biggest city in the National Capital Region (and the entire Philippines, in fact) Quezon City is also home to bustling entertainment and leisure hubs that appeal to travellers of all ages. One of them is found in the suburban area of Cubao, where the kid- and eco-friendly hotel, Novotel Manila Araneta Center, is situated. On top of its roster of recreational facilities, including the Kids Club by Novotel, the hotel is a stone’s throw away from Gateway Mall, Art In Island, Cubao Expo and the New Frontier Theater, also known as Kia Theatre. And just right beside it is the Smart Araneta Coliseum, a sought-after venue of huge events in the city and the country! 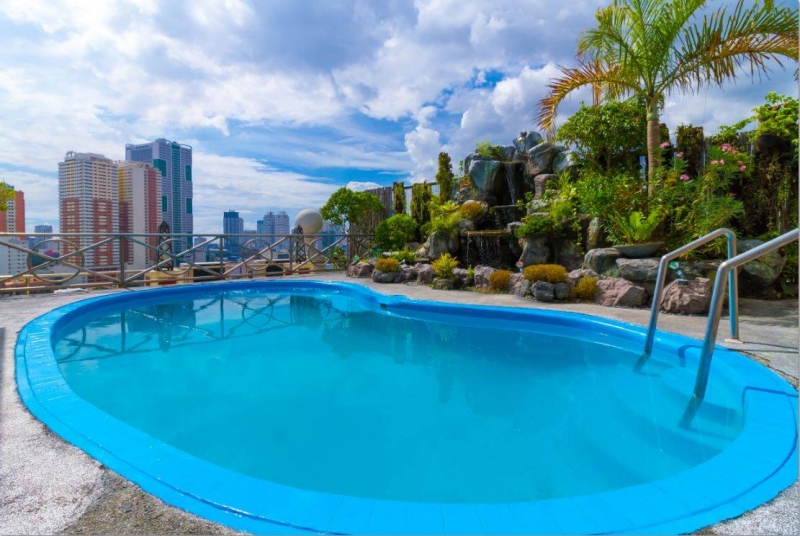 The district of Malate is not just for tourists looking to have a good time or for university students to spend school nights, it’s also the ideal base for travellers going on errands to nearby government offices. At the heart of the district is Hotel Benilde Maison De La Salle, famous for its plunge pool that overlooks both the skylines of Manila and Makati City, and its two restaurants Café Romançon and Vatel Restaurant. Some of the closest government buildings from the hotel are the Department of Finance, Department of Foreign Affairs and Bangko Sentral ng Pilipinas. You can easily hire tricycles or ride connecting jeepneys to reach these locations. If you have time and if the weather permits, you can even go to them on foot while stopping by the many food stalls in the area. Just beside Malate, Manila’s civic centre of Ermita is home to the world-renowned Luneta or Rizal Park, the National Museums of the Philippines and some of the best spots for viewing the Manila Bay sunset. In fact, directly across the bay is the simple and homey Sunny Bay Suites, the preferred hotel of many Chinese and Japanese tourists mainly due to its multilingual staff. Buildings like the Manila City Hall, US Embassy, National Bureau of Investigation, Department of Justice and the Supreme Court of the Philippines are easily accessible from the hotel. 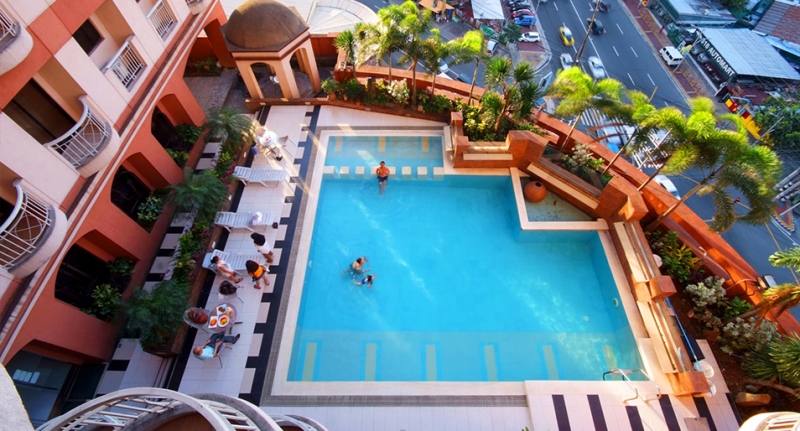 One of the few successful destination-themed hotels in the country, Torre Venezia Suites doesn't waste any time in making sure its guests experience the best of Italy through romantic floral designs, luxurious amenities and luscious food! Apart from having your own Italian food fest in the hotel restaurant, Rocca Ristorante, you can also explore the length of Timog Avenue and Tomas Morato on foot! Dining options include major international fastfood chains, food parks, cafes and haute cuisine restaurants. The hotel is also a tricycle-ride away from lifestyle and dining hub, Eton Centris.

Microtel by Wyndham UP Technohub 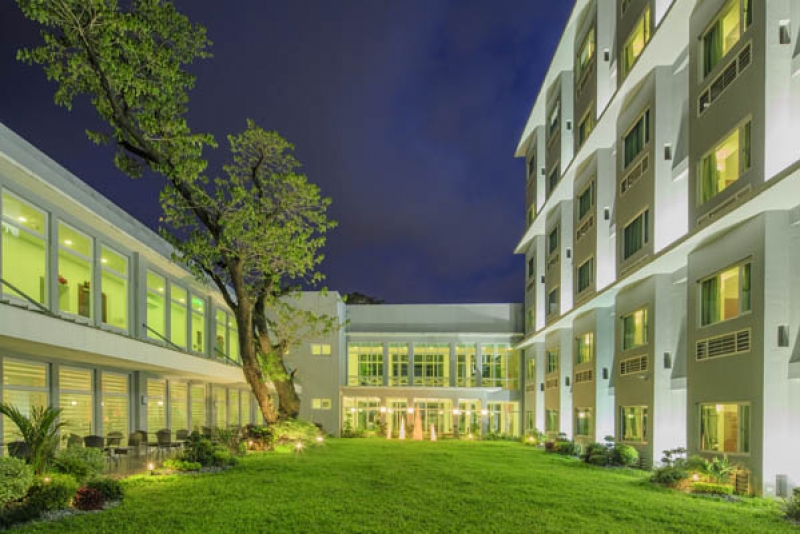 With at least 10 other branches spread throughout the Philippines, Microtel by Wyndham has been a part of the Filipino travel experience for many, many years now. Microtel by Wyndham UP Technohub, in particular, caters to students and staff of the biggest and most prestigious university in the country. It’s also the best possible place to begin a Quezon City food crawl, with Maginhawa Street, Ayala Technohub and Katipunan Avenue just a few minutes or jeepney ride away. Options range from all-Filipino street food snacks to international cuisines and fast food meals.

Pasig City’s central location in the heart of Metro Manila makes travelling to other cities just about effortless. However, the city itself hosts endless tourist-friendly activities that are easily reachable, especially by staying in Richmonde Hotel Ortigas. The hotel has a Business Centre, Health Club as well as a heated indoor pool and an in-room massage service. To boot, foodie hub Kapitolyo and the country’s second largest mall, with its hundreds of dining stalls, are no more than three kilometres from the hotel.

Gone are the days when a nice bed and bathroom are the only things that matter when staying in a hotel. When all the stress keeps growing and all you want is to have everything easier for a few days, it’s important to choose a place that has the total package, just like these hotels in Manila!

Exploring more of the Philippines? You might want to check out all our hotel recommendations on TripZillaSTAYS!