A Butuan City Vacation: Where to Stay & What to Do

With its colourful festivities and rich heritage, Butuan City should be in every traveller’s bucket list. 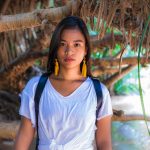 When travelling to Mindanao, many tourists plan to visit Cagayan de Oro, “The Gateway to Northern Mindanao.” Meanwhile, some look forward to seeing Mount Apo in Davao City. Others want to see Surigao for the Hinatuan Enchanted River, Sohoton Cove, or Tinuy-an Falls. A little less known to travellers is Butuan City, which usually serves as a mere jump-off point to other attractions in the region. But, th ere’s no doubt that Butuan City truly has the potential to be a hot destination for both Filipino and foreign travellers.

Having been developed early, this regional centre has a fascinating history. Butuan prides itself in having industries way before Magellan set foot in the country. In fact, many people say that Butuan was born before the Philippines was recognised globally. With that, this place is definitely a must-visit if you want to learn more about the country. Here’s everything you have to know before taking your Butuan City vacation.

From Manila, you can take a direct flight to Butuan City via Cebu Pacific or Philippine Airlines. Travel time is approximately two hours. If you’re coming from Cebu City, it will only take you 30 minutes to arrive at the Bancasi Airport. Meanwhile, if you’re coming from Cagayan de Oro, Surigao, or Davao City, you can take the public bus to Butuan City. You’ll find the Butuan Integrated Bus Terminal in Langihan.

Getting around the city 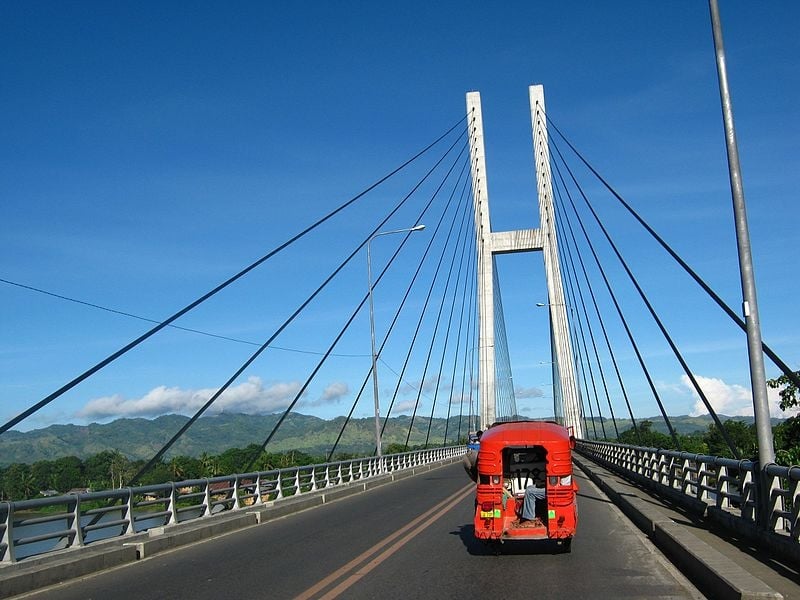 Travelling around Butuan City entails either tricycle rides or a lot of walking. Tricycle rides cost more or less ₱10 per person. Jeepneys, vans, and mini-buses are also available for you to hop in if you’re travelling to neighbouring towns. Rates vary depending on where you’re travelling to, but usually short distance trips around the province won’t cost you more than ₱100. 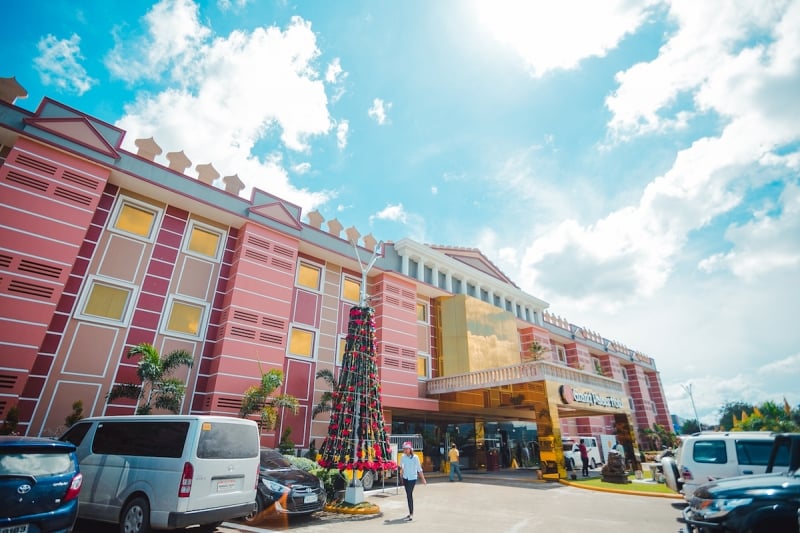 Beyond having among the most fascinating local histories in the country, Butuan has a riveting charm anyone can feel to this day. The city’s culture manifests in its festivals, man-made attractions, and excellent service. Experiencing all of this at the same time may seem too good to be true, but you’ll believe it once you try it first-hand. Check-in at Butuan Grand Palace Hotel , where you can get the best of the city of Butuan. 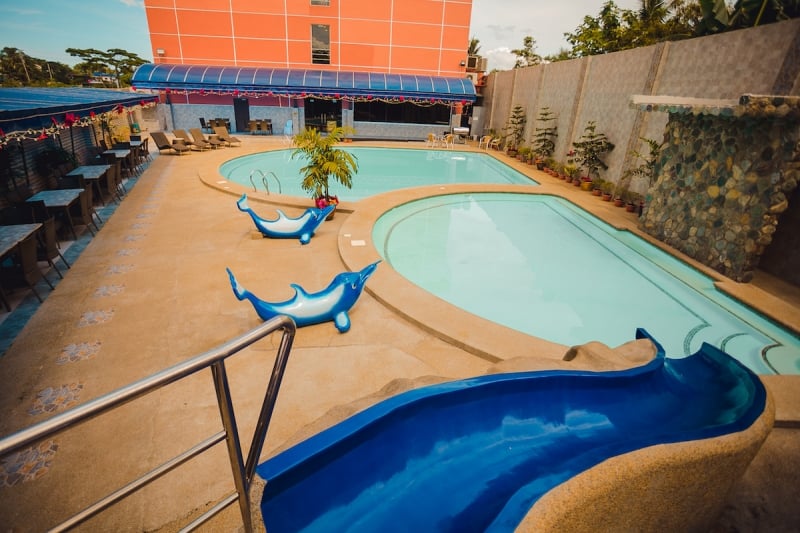 Conveniently located near the prime attractions of Butuan, the Butuan Grand Palace Hotel lets you experience Butuan without sacrificing luxury. Inside the hotel, you can treat yourself to a hearty breakfast, take a dip in their pool, or even relax in their massage chairs. 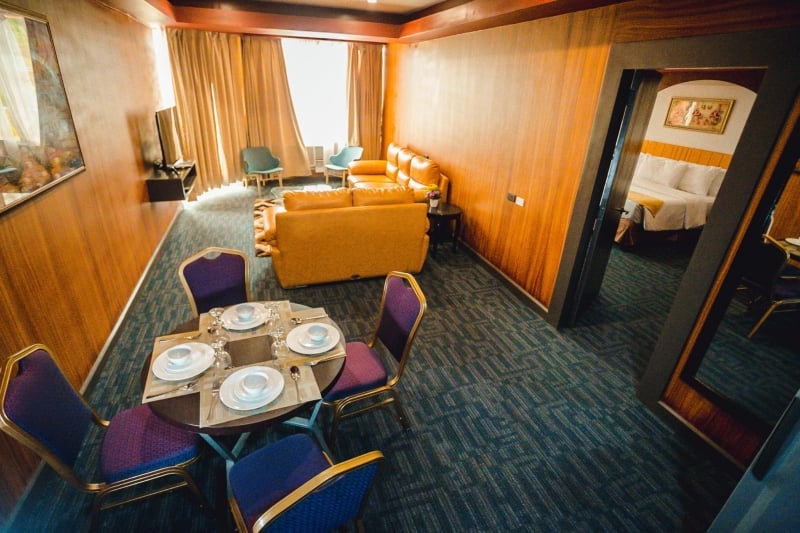 With their wide range of room selection, the Butuan Grand Palace Hotel receives guests from all walks of life. Whether you’re travelling on a budget or splurging for a family staycation, you’ll certainly enjoy staying at the hotel. All their rooms are cosy and elegant for you to relax in after a long day of exploration. 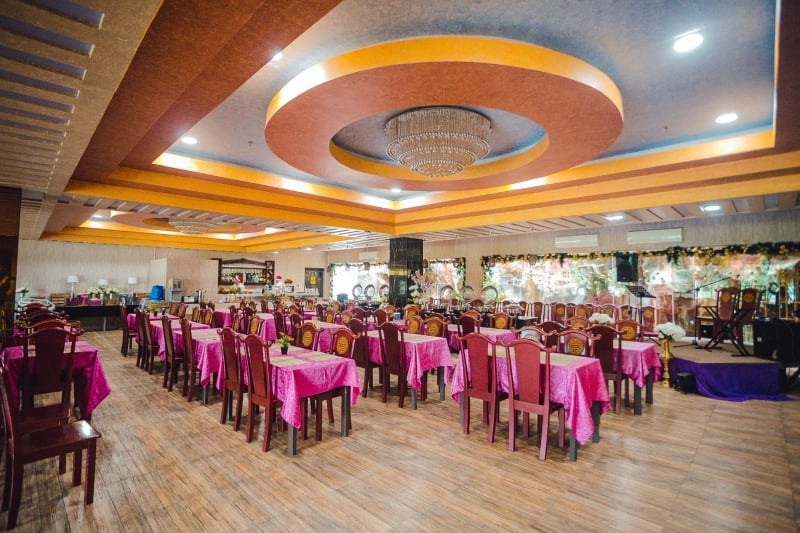 Added to this, the Butuan Grand Palace Hotel is also perfect for business travellers. It has its very own conference and convention centre for large functions. Fast Internet connection is also readily available in the hotel. What else is there to look for?

Looking for a place of retreat and rejuvenation? Almont Inland Resort offers numerous recreational activities to recharge your spirit. Some of their amenities include a swimming pool, a billiards table, a basketball court, and a tennis court. 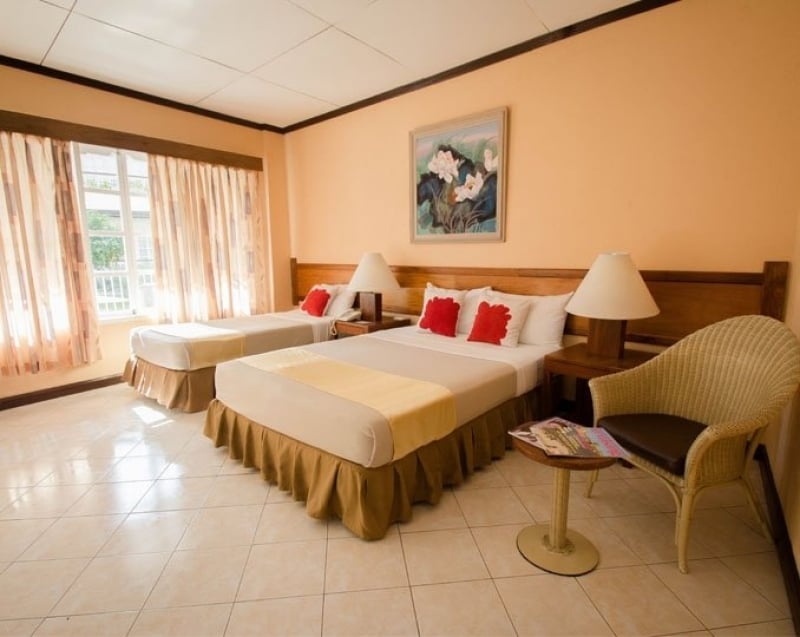 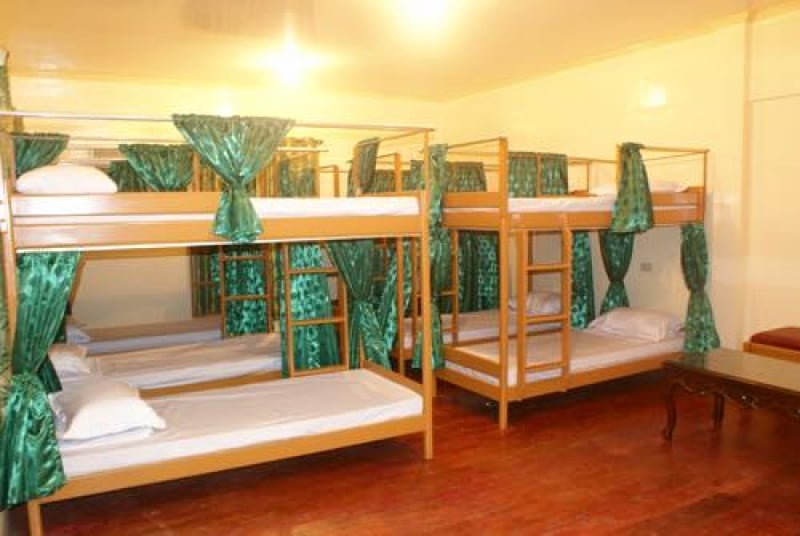 Budget travellers don’t have to sacrifice comfort. In Gloreto Guest House & Dormitel , you can score rooms for as low as ₱358. The guest house has been recognised nationally for its quality and affordable accommodation too. If you don’t mind staying in a simple but clean inn, then you should definitely consider checking in at the Gloreto Guest House. 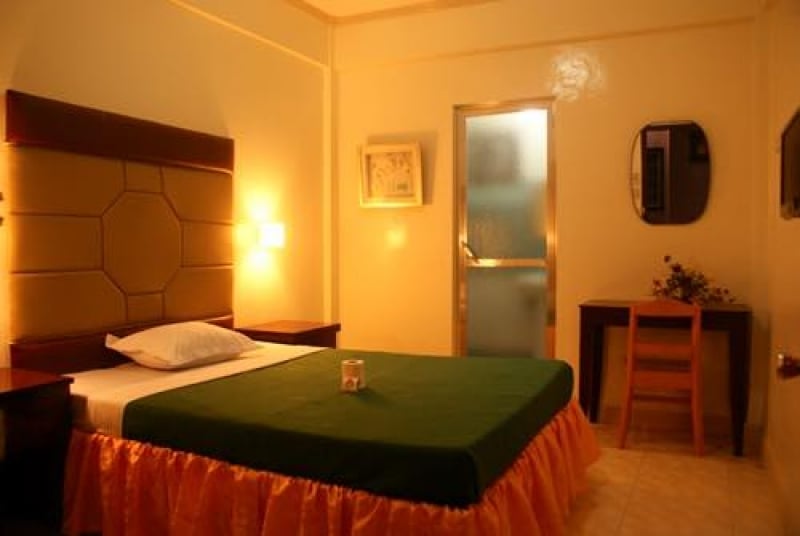 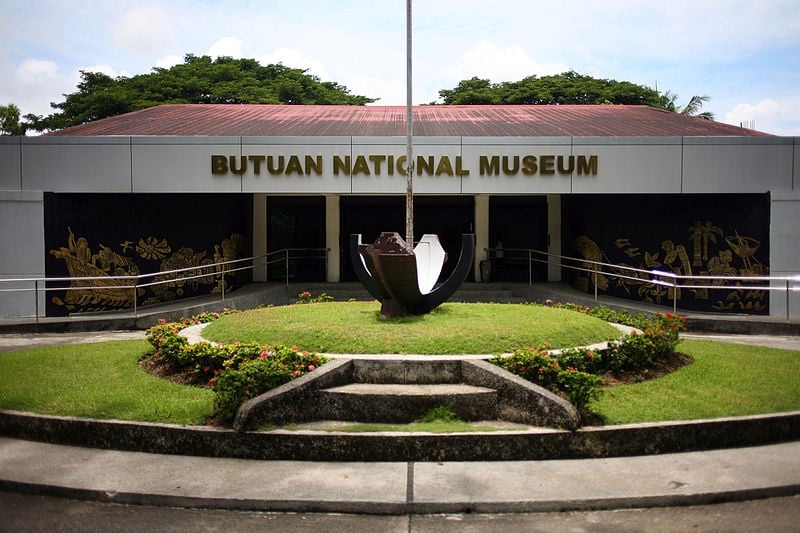 Being the educational hub of the CARAGA region, Butuan is a great place to expand your knowledge. Prestigious schools sprawl across the city, and museums and shrines also grace its land.

Also known as the “Home of the Balangays,” Butuan accommodates some of the most iconic Filipino boats in a place called the Balangay Shrine Museum. Housing the Balangay 1, the original balangay , and other artefacts, this museum is definitely a must-visit when in Butuan. Other items displayed in the museum include coffins, jewellery, and wooden articles associated with the historic watercraft.

Another museum to check out is the National Museum, which showcases some artefacts that celebrate the rich heritage of Butuan. Some items in the museum date back to the period of pre-Spanish colonisation, letting tourists marvel at the fascinating culture we’ve had long before Magellan stepped foot in our country.

Also read: 12 Fun and (Almost) FREE Things To Do in Mindanao 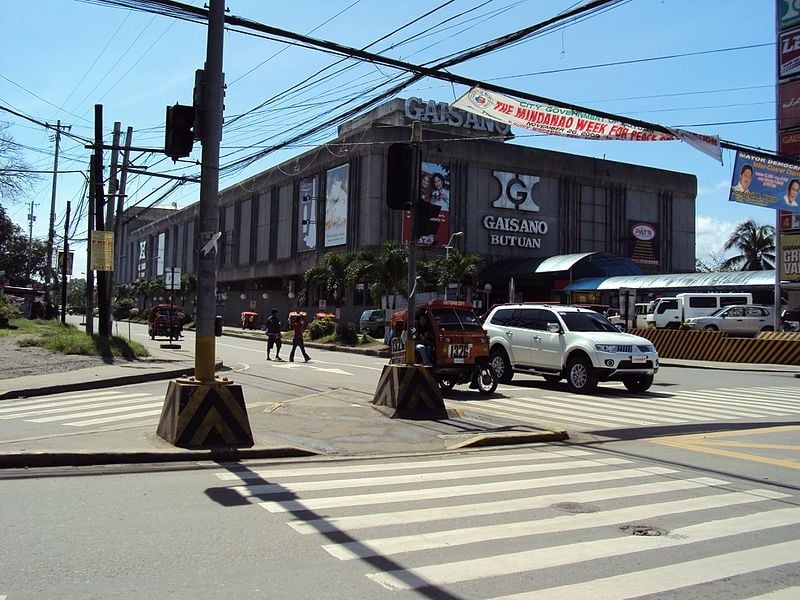 If you’re checked in at the city centre, you can easily access malls through walking or commuting. Both the Gaisano Mall and the Butuan Robinson Place are minutes within reach from the Butuan Grand Palace Hotel, making it very convenient for tourists looking to have a retail therapy. 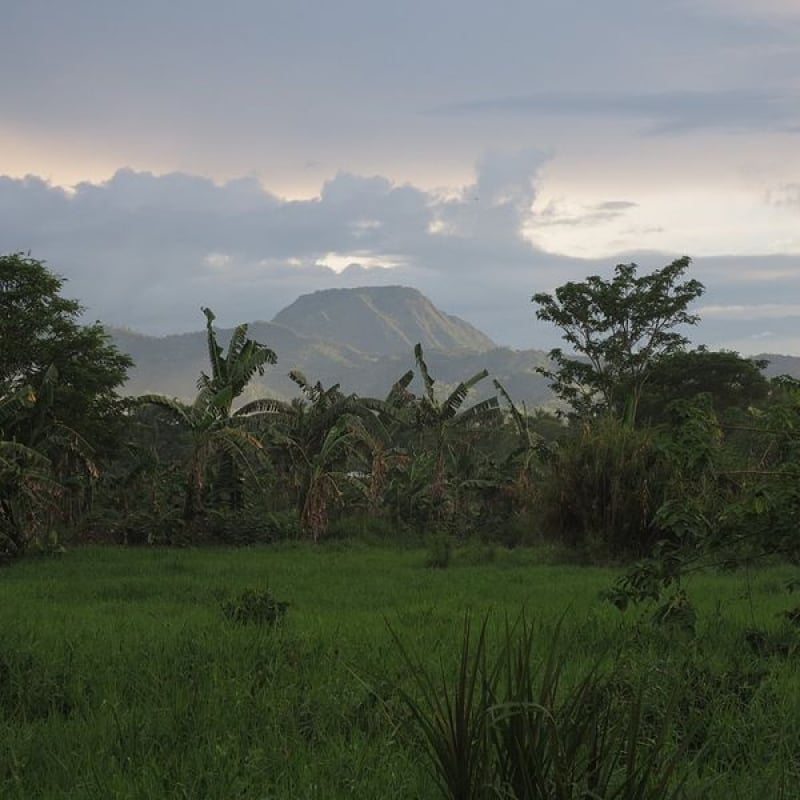 Nature lovers and adrenaline junkies will definitely enjoy Butuan. Climb up the majestic Mount Mayapay — you can enjoy this rookie-friendly peak regardless of your climbing experience. If you’re not a fan of heights, then you can also opt to swim at the pristine waters of Agusan River.

There are also numerous areas in Butuan that have been further developed to let you in on a recreational escapade. Try out the longest zipline in Asia at the Delta Discovery Park in Barangay Bonbon, and witness the panoramic view of Butuan City as you suspend high above the park.

Want to take a rest instead of a heart-pumping adventure? Then walk around Bood Promontory Eco Park or Guingona Park instead. Beyond being refreshing getaway spots, these parks are also historically relevant — the former being the commemoration site of the first Easter mass in the Philippines where Magellan planted a cross, and the latter being the place where the Philippine flag was first displayed in the region. 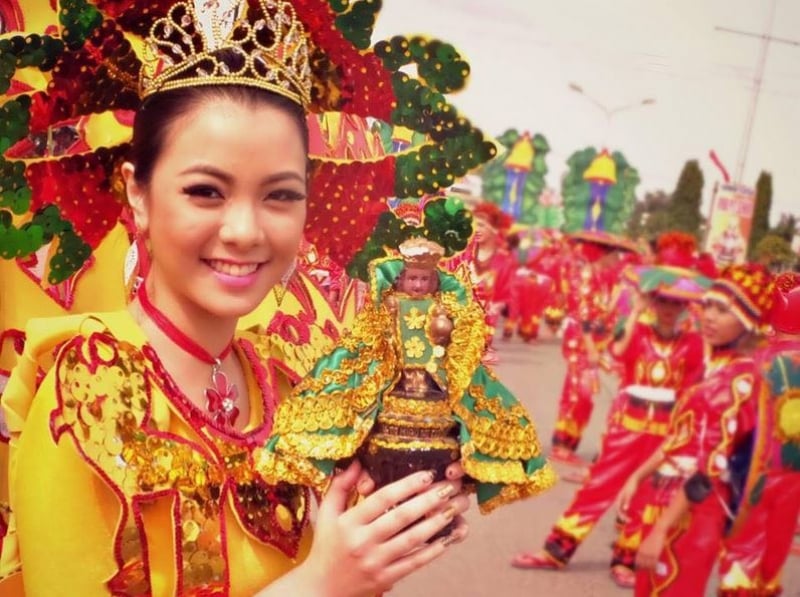 Every month is a celebration in the city of Butuan. In January, the Kahimunan Festival is celebrated in honour of the city patron Sr. Sto. Niño. The month of May marks the celebration of the Balangay Festival and the Butwaan Festival, both of which salute the feast of St. Joseph. Finally, Butuan commemorates their culture through the Abayan Festival and Unaw Festival in June and the Palagsing Festival and Adlaw Hong Butuan in August.

The Philippines has a rich heritage, and if you’re interested in knowing more about it, make sure to visit Butuan City. Travellers will never go wrong in this city, as it offers luxury, adventure, and discovery. Have a grand and exciting stay!